We had 5 athletes compete in day 1 of the national indoor championships.

First up was Darragh Nolan in the u14 High Jump. Darragh jumped 1m30m, this was Darragh’s first national championships and a great learning experience for him.

Next up was Anna Brennan, Anna qualified by finishing 3rd in Leinster with a throw of 8.77m. In her 5th throw, Anna reached 8.95m to move from 7th to 5th. A brilliant performance.

In the girls u16 walks, 1.5k, Robyn who qualified by finishing 2nd in Leinsters – battled bravely and put in a good performance to finish 7th.

Robyn’s partner in crime, Eve O’Dwyer who qualified with a throw of 8.88m for bronze in the Leinsters, didnt hit the same level, her best of 8.10m left her just outside the top 8.

In boys u19 60m, Dave Murphy comfortably won his heat in 7.03 seconds –  in the final David was pushed hard but came home for gold in a time of 6.99 seconds. 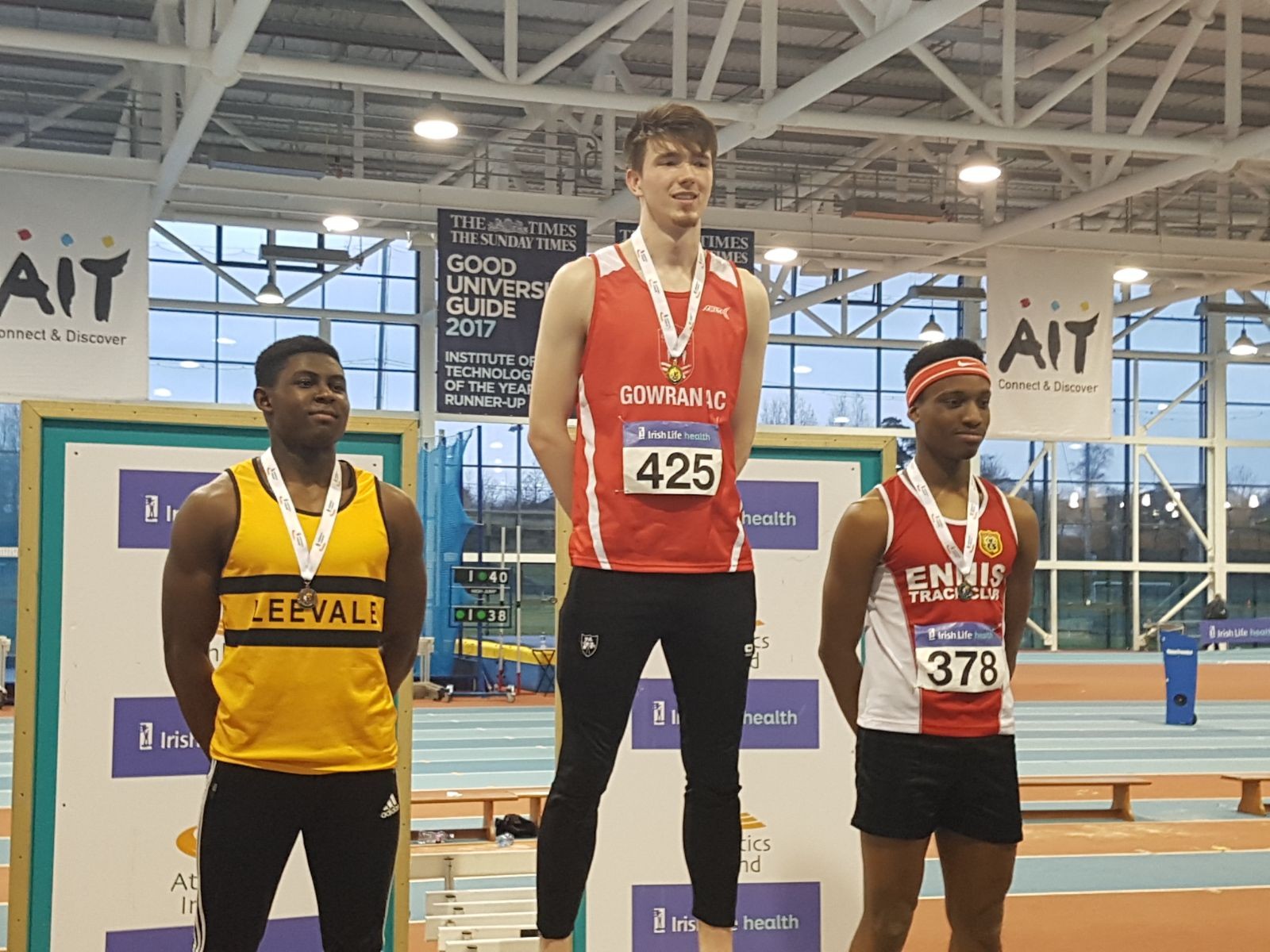 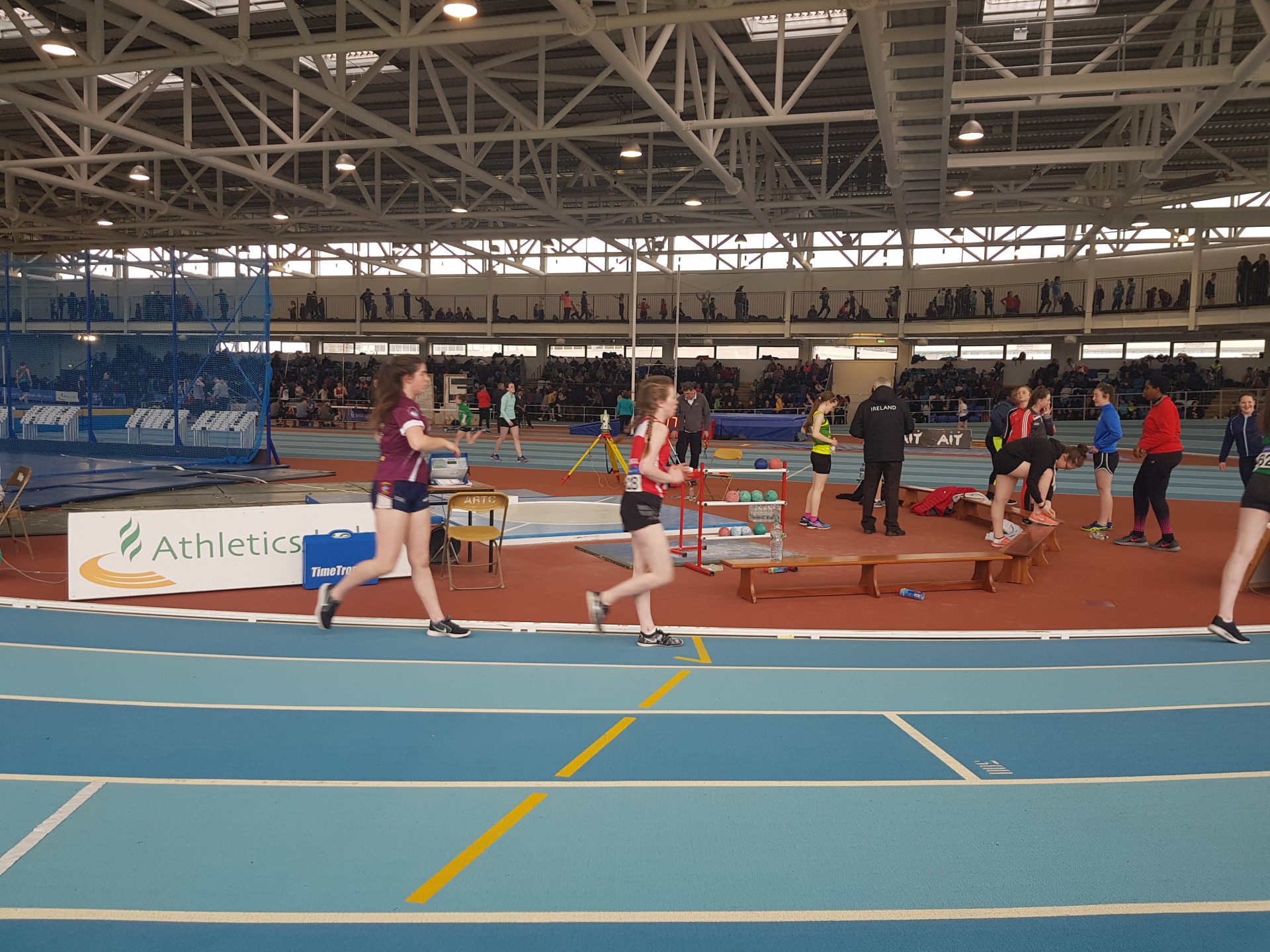 2020 County Championships Even and Novice